Some time ago I was proposed to write an article explaining my experience with Bioinformatics. At first, it seemed to me quite easy, but I wanted to reflect thoughts that made people love this subject as much as I do now. 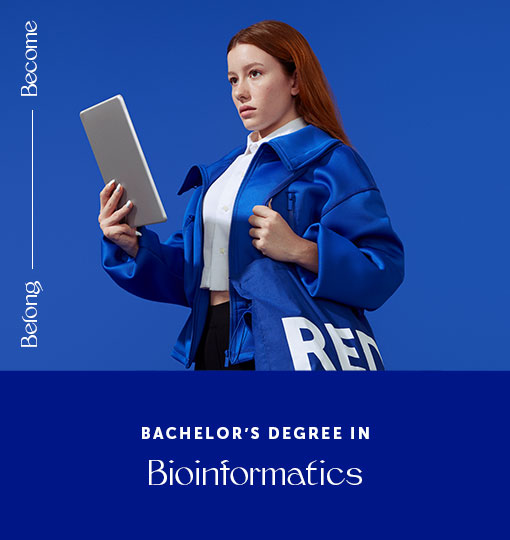 I decided to write it in English as scientific progress is very much about sharing, giving and receiving, the principal reason why I started loving it, only achieved by the language more spoken worldwide. As it may be noticed, I refer my love to Bioinformatics as a progression, I barely knew what was it about when I started, so I would not be able to talk about it as I do now.

When I was eighteen I passed selectivity exam as many other students in this country and I could have not been more lost than I was. I was told every day that the decision I was taking would be one of the hardest and more decisive in my life, highlighting my doubts on “What do I want to be when I am an adult?”. I always knew I was meant to do science, but there was no “science” degree that attracted my curiosity. One week before taking the final decision my parents came with a newspaper’s article describing, in my mother’s words, the most interesting career she had seen in a while, “Bioinformatics”. My feelings since then were quite confusing, the excitement of finding something relating to Mathematics, Statistics and Science, but also the fear of studying a new degree in all the state. The review was encouraging and I could feel professors’ excitement, promising it to be a “sure job” plan with a lot of projection. I decided to take the risk and put it on top of my priority list obtaining the necessary score to get a place.

During these three years of intense study, I would state that I have undergone all feelings a human being can experience. I was deceived when I realized there were not as much Biology subjects as I expected, impressed by some colleagues’ ability to learn, solve and made the others feel like ants next to them, or the extremely encouraging willpower of some others never giving up, the laughs in some teamwork projects and the disagreements of others, the teamwork spirit sharing all the materials with our classmates or even the despair of not getting the expected results. However, all that was just the tip of the iceberg allowing me to achieve the most important things, aside from knowledge and friends, such as personal growth. I could not feel more happy and proud after these tough years when I finally graduated, which would have never been possible without the strength to overcome adversities and, of course, the support of my environment.

After this rundown over the feelings I faced during three years, I get to the main question “And now, what?”. I will start introducing my professors, most of them active in research, with an eminent reputation that encourage you to focus on a specific field, starting with the practicals and ending with Final Grade Project performed in different companies or research centres and guiding us to our proximal future as graduates. Looking backwards, the hardest moment, as I recently realized, is now. Every bioinformatician is free to begin a master, continue working in the place where their practicals have taken place, studying another degree or even changing field and start something completely different. In my case, being disoriented is my actual mood, but I am not worried, everybody finds their way.

Only here, where I let the reader understand my story, I can address the most recurrent question I am being asked for, “What exactly is Bioinformatics?”. From my standpoint Bioinformatics is this field no-one understands but everybody wants to know about, Biology, Statistics, Mathematics, Programming, Big Data, Artificial Intelligence, Chemistry, Physics and Genetics. It is not a matter of future but of a very fast evolving present and therefore, like air for every human being.

So if you reached here and you feel like loving science and new technologies as it happened to me, what are you waiting for?

Cédric Notredame, group leader at the Centre for Genomic Regulation (CRG), talked about sequence analysis in evolutionary biology, how the workflow language Nextflow has improved data integration and algorithms and the main challenges computational biology faces at present.