Genetic scissors for a dystopian future

An ethical point of view of new gene editing tools

Laura Serra and Alexis Molina, student and alumni of BDBI, share this opinion article where they claim for an ethical use of new gene editing tools. In order to avoid dystopias such as science-fiction books have already described, we as a society need to distinguish between medical relevance and medical possibilities.

Gene editing has been around in mainstream culture for some time now. Back in 1932, Aldous Huxley introduced many generations of readers to this concept in his magna obra A Brave New World. This novel portrayed a futuristic dystopia where citizens were engineered before birth and casted into a determined social class depending on the attributes the system decided. A more recent proof of the presence of gene edition in popular culture is the movie GATTACA. This 1997 piece, depicted another dystopia where parents chose at will the features of the offspring, purely based on their socio-economic status. Education, job access and social opportunities were conditioned by the ‘quality’ of each individual’s genome and such filtering, resulting in a stratified society that overlooked any kind of human right.

Once again gene editing has been the focus of attention due to the 2020 Nobel Prize in Medicine, awarded to Emmanuelle Charpentier and Jennifer A. Doudna for the discovery of CRISPR/Cas9, a gene editing tool. Even though it was discovered for new purposes in 2012, CRISPR is a tool that has been around for millions of years. For instance, this methodology mimics the same mechanism that lays behind the bacterial resistance to viral infections. The main idea is that these organisms are able to identify foreign DNA, the genetic material that viruses introduce, and then cut that DNA out of their genome. Now, this concept is of course of great interest due the wide range of possible applications that if properly used, CRISPR could have on basic research, gene therapy and bioproduction.

Since 2012, the scientific community has seen CRISPR as an opportunity to tackle challenges that have been out of the reach of the state-of-the art at the moment. So far, it has been used to develop novel therapies that need for genes to be edited. Two groups can be defined for broad classification, one is in vivo genome editing, which calls for sequences of broken DNA to be edited or repaired in living tissue of a given organism. This research line has already been oriented to treat some diseases, for instance, it has been tried out in a specific form of inherited blindness. The tools enter retinal cells and make targeted changes to photoreceptor cell DNA and hopefully, the changes would help restore vision. Onto the other group, everything would fall related to cell therapy. This application branch aims to produce cells, in vitro, with a desired purpose. For example, CAR-T cell therapy has the goal to repurpose T-cells to destroy other body cells. CAR-T cells are thought to have huge potential to target cancer cells and successfully treat the disease.

So far the possible positive impacts of CRISPR are obvious. Changing at will the genome of any living species can have on health, production and research several levels of impact, but without due discussion, it can be for the bad and we already have examples. The most prominent one happened in 2018 when a Chinese doctor, He Jiankui, claimed that he had genetically modified twin babies using CRISPR. Jiankui targeted genomic regions where HIV tends to inoculate its genetic material in order to confer immunity to both girls. The announcement ended up with his arrest and posterior sentence that appointed him to jail. Even though the goal pursued in the procedure aimed to do good and set a milestone for gene editing, the fact that he was able to induce those changes without any kind of supervision and, what is worse, with no need for giving any kind of explanation to the family and without any knowledge of the possible side effects that it could have on the twins, is what makes CRISPR an object of ethical debate.

Retinal cells, oncotherapies or HIV targeted sites are just as feasible to edit than regions of the genome that regulate eye color, hair type or skin. CRISPR enables any user to modify at will any known trait of an organism, including humans, a concept that is not new to some ideological streams but with the difference that now the idea can be materialized into real changes. That is why CRISPR is a double-edged sword.

Many of us would agree that if we could eradicate any portion of the known genetic diseases we should do it by all means. Out fact, there are many routine tests performed during pregnancy with this very same purpose. But, what if we could not only detect the disease but also fix it and avoid abortions or a life with a disease? Many of us would choose to use CRISPR, after the proper explanation and agreement between experts, and change the genome of our child in order to ensure a life free of genetic burdens. But now, it is also known that tall, fit and handsome people have inherent advantages when applying to certain kinds of jobs and tend to have an easier way around social life. Should we be able to modify superficial traits such as hair color, nose shape, ears placement, facial hair or features of the sort just to give socio-economic advantage to our children? More on a political level, what if a nation decides to impose some rule on the genetics of newborns, not strictly affecting their health but changing traits that those in power consider correct? Many of us would be against that measure but it would, for sure, have supporters.

We live in a society where inequalities are present in many situations. The gap between the poor and the rich stretches more every year, the difference on welfare between first world countries and developing countries grows as time goes by and even though we are already in 2020, there are many social fights, in terms of gender, ideology, race or culture, still going on to achieve an equality that should have been set as default for long time now. The misuse of CRISPR could lead to a brand new generation of offenses against equal social opportunities and to avoid that, we need to establish clear boundaries on the use of this technique. A world where parents can choose at will traits for their newborns, even though tempting, could lead to a very catastrophic landscape. We could easily see ourselves in a system where such changes can be made according to a pay-scale that medical companies or institutions would impose. Then, as we often see, only the richest would have full access to the technology and our societies would suffer from an irreversible stretch of inequality gaps. Those who would have more access to CRISPR will decide to modify their children, who will have genetic advantage to those already struggling financially. If that was to happen the tide that would favour the already favoured would be unstoppable, and therefore we would be facing a world with the strongest inequality system ever seen before.

The separation between the medical relevance and the medical possibilities can be useful in order to discriminate between situations where a given patient could benefit from in vivo gene editing and where its use would be purely superficial. The possibility to double-cross a certain disease from the list of illnesses we need to treat or care about during life not only could benefit the person suffering from the disease but also the healthcare systems and hence, the economy of the country determined to use CRISPR in that direction. If always used as a preventive tool CRISPR would not be an added burden to social inequality but a good choice that would relieve pressure from the system and that would allow to focus resources and efforts to tackle more relevant issues. Its application would need from loads of education to all strata of society and of course, it would be crucial to have protocols where the involved agents, such as family, patients and doctors, need to explain and understand not only the medical effects but also the ethical implications of its use.

This line of usage would leave out any procedure that is not oriented to solve any medical difficulty that an individual might suffer and carries in his/her genome. All applications that would serve social or ideological purposes should be not considered, and this way we could enjoy one of the most notable breakthroughs that medical science has had in the past few years. If we fail on implementing such policies we could very well end up in a dystopia similar to the one portrayed by Huxley, where genetics and science are controlled by politics and not enhanced and hand by hand with ethical discussions. We should start engaging patients, doctors, the scientific community and the society on its whole to answer those questions and make sure that science and technology are used as tools for progress, equality and welfare with no regard or bias for the social and economic situation of individuals.

On 7th June, ESCI-UPF held an online session about genome editing tool CRISPR to discuss how it works, the concerns about its use, and the future applications it could have. 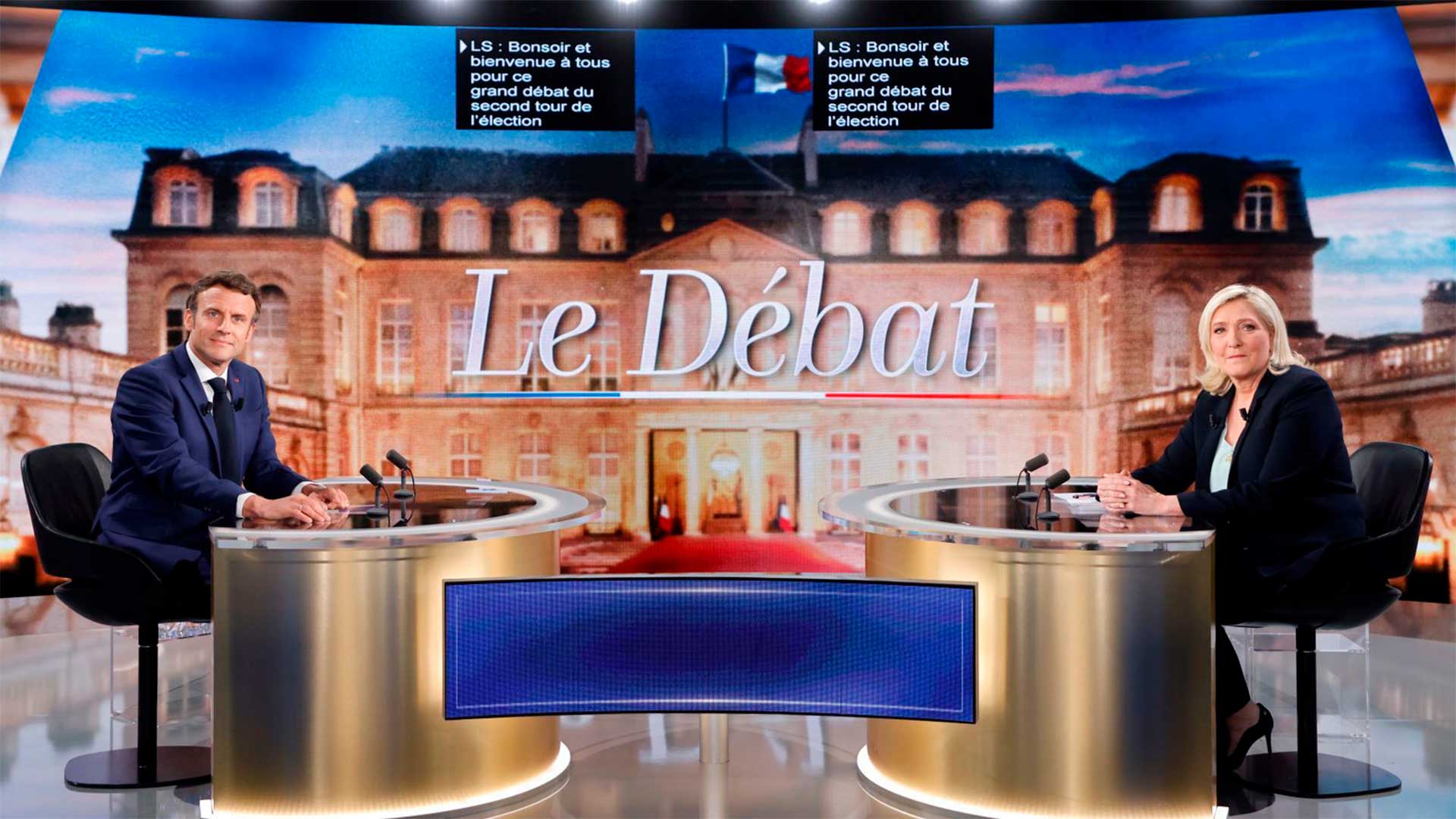